Home » Veggies and Side Dishes » The Best Hasselback Potato Recipe 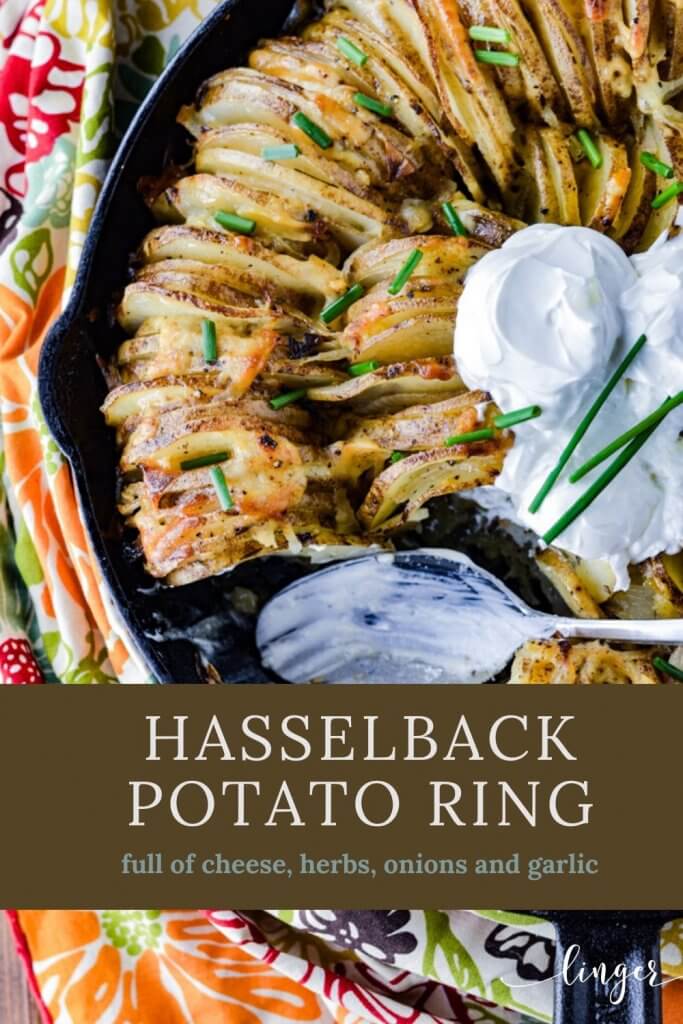 This buttery-cheesy Hasselback Potato Recipe is full of herbs, onions, and garlic and it’s brimming with flavor. An abundance of butter and melting cheese seep down into the grooves for an incredibly delicious side dish. The slices of potatoes are arranged as a ring in a cast-iron skillet and then baked in the oven until they are perfectly tender. 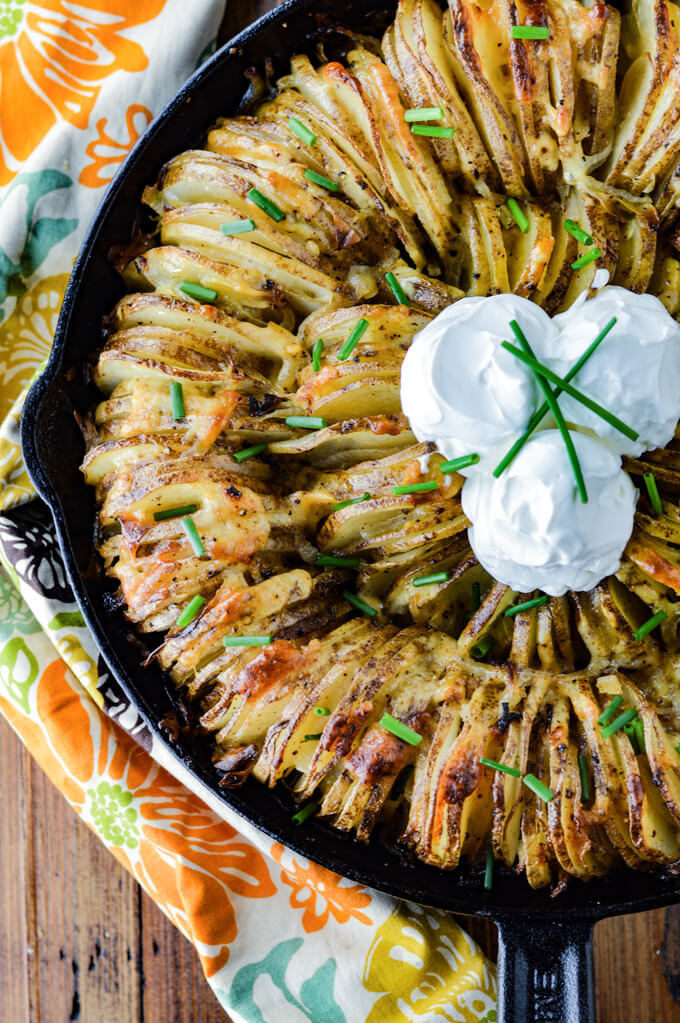 I’m madly in love with potatoes! Any way you want to fix ’em, I’ll likely devour them and ask for seconds. Scallop potatoes, mashed potatoes, crispy hashbrown potatoes, potatoes on the grill, loaded potato skins, and the list goes on and on. The comfort associated with these rugged brown wonders is second to none.

What are Hasselback Potatoes?

The original recipe is a type of baked potato that is cut into thin, “fanned-out” slices but not sliced all the way through. Although this potato recipe here is not a true “Hasselback,” it is a variation of the original idea but with loads of cheese, garlic, and butter.

Why is it called Hasselback?

It is speculated that in 1953, Leif Elisson, a trainee chef at a restaurant in Stockholm Sweden named Hasselbacken created the first Hasselback potato. This new potato idea gained huge popularity because of its crispy, crunchy exterior but with a soft and tender interior. And what originated in Sweden eventually became a hit around the world.

What are the ingredients? 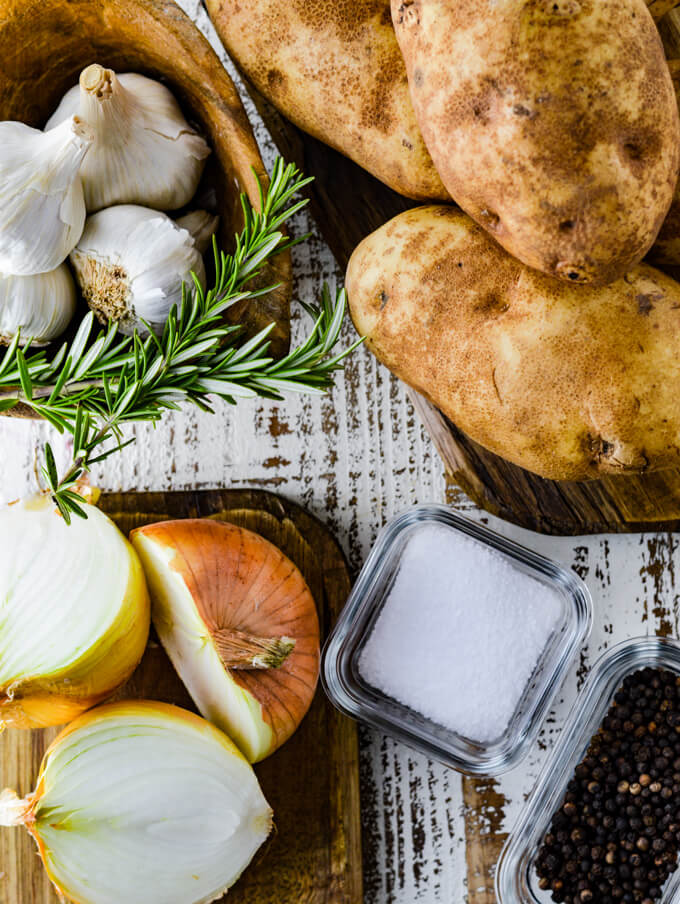 How to Make Hasselback Potatoes 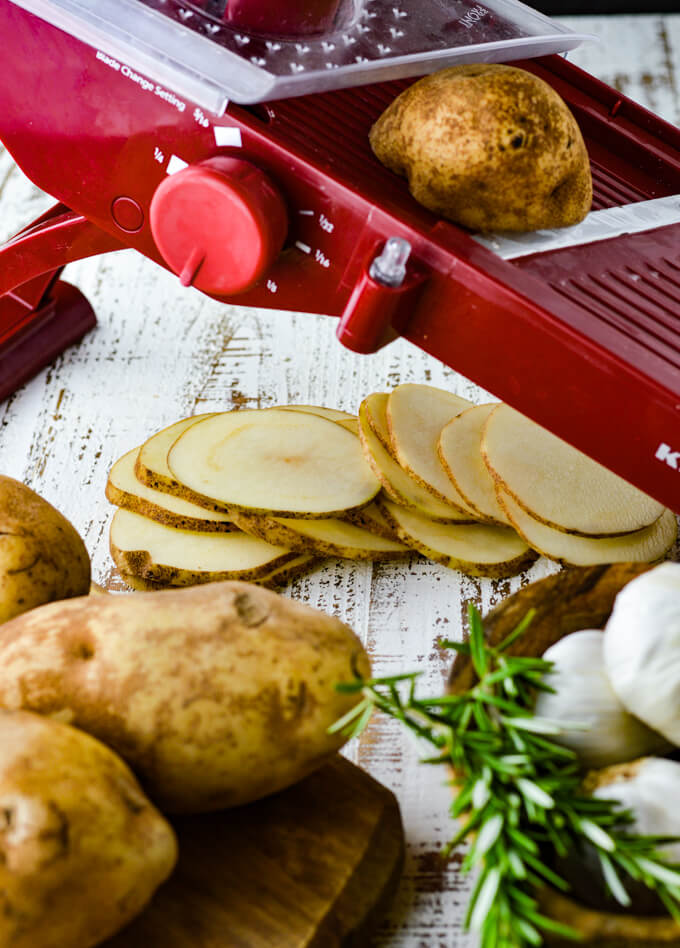 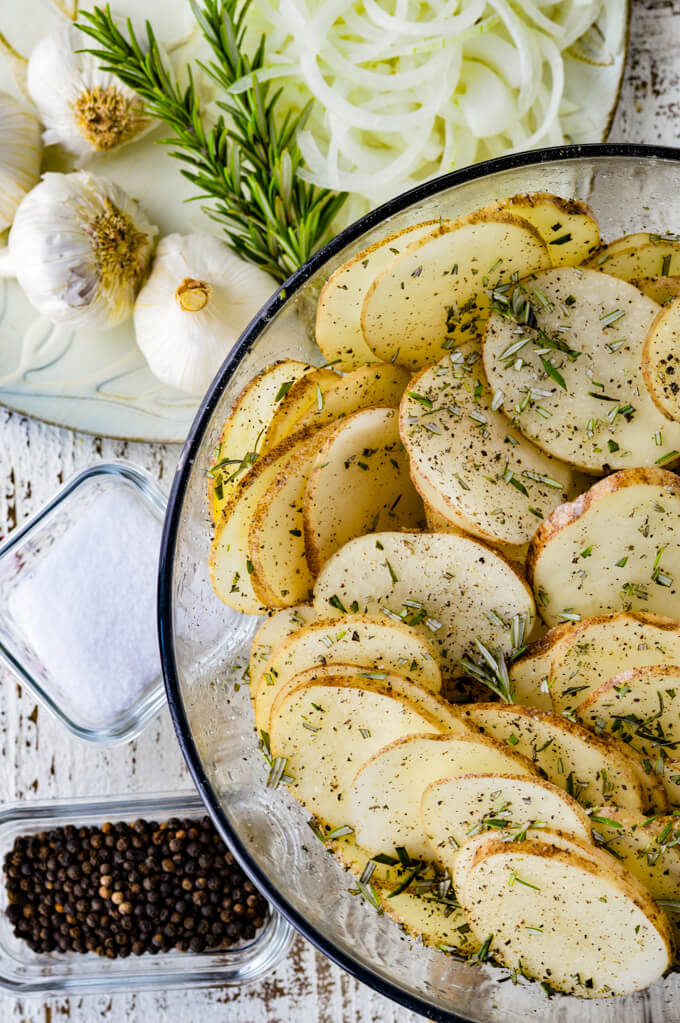 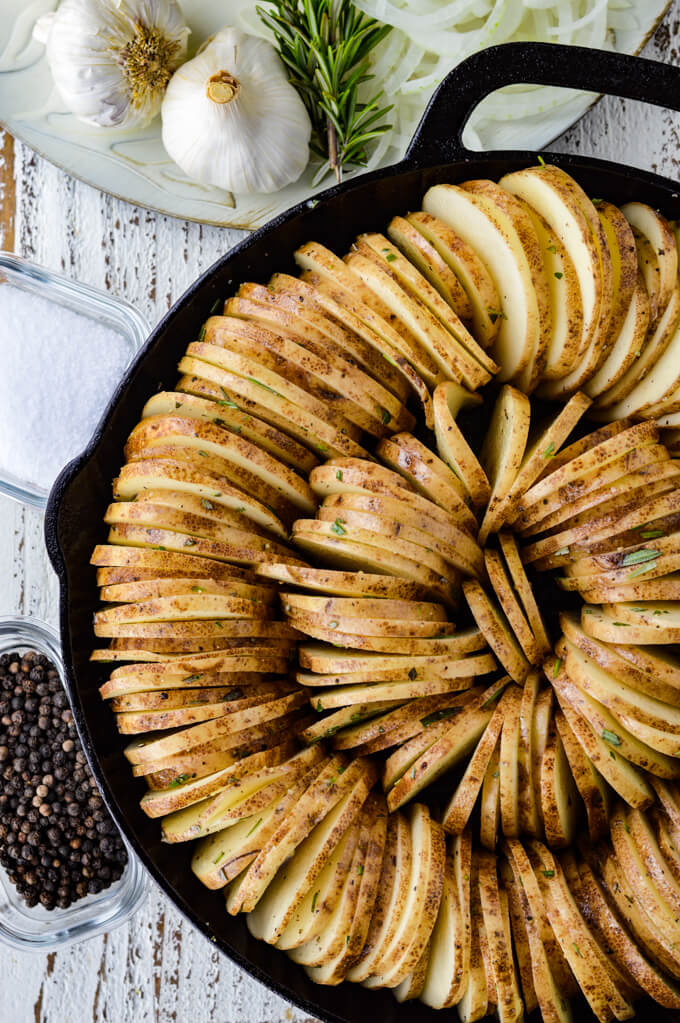 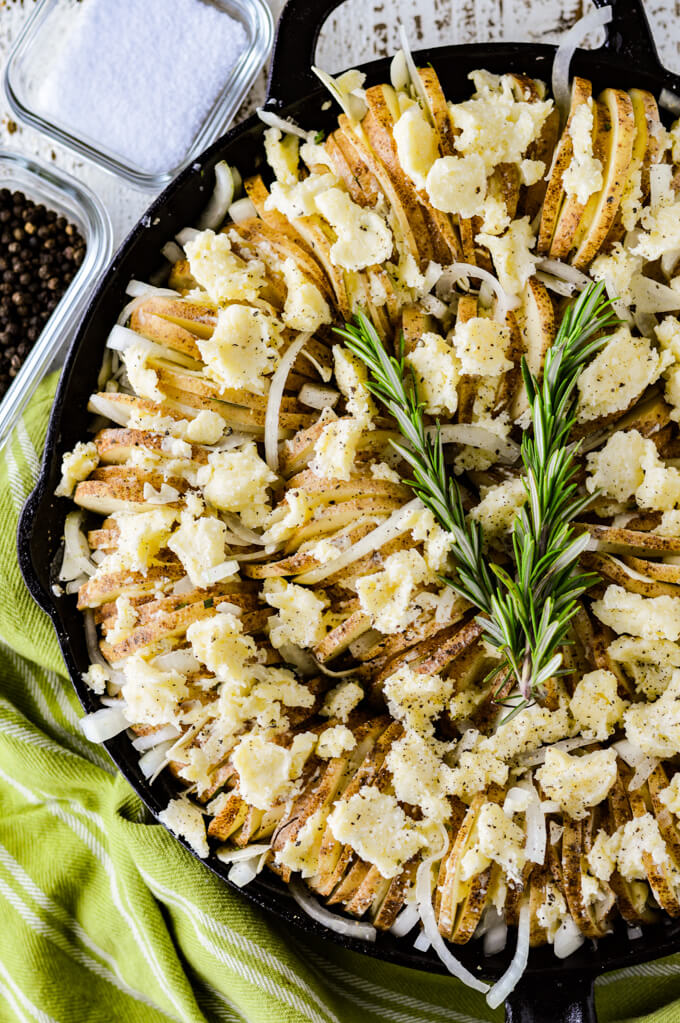 How to Prevent Cut Potatoes from Turning Brown

Uncooked sliced potatoes will begin to discolor rather rapidly when exposed to the air. To prevent this, place the potato slices in a large bowl of cold water as you are slicing them. Be careful not to leave them too long (no more than 2 hours) in the water, as their nutrients will eventually leech out into the water. 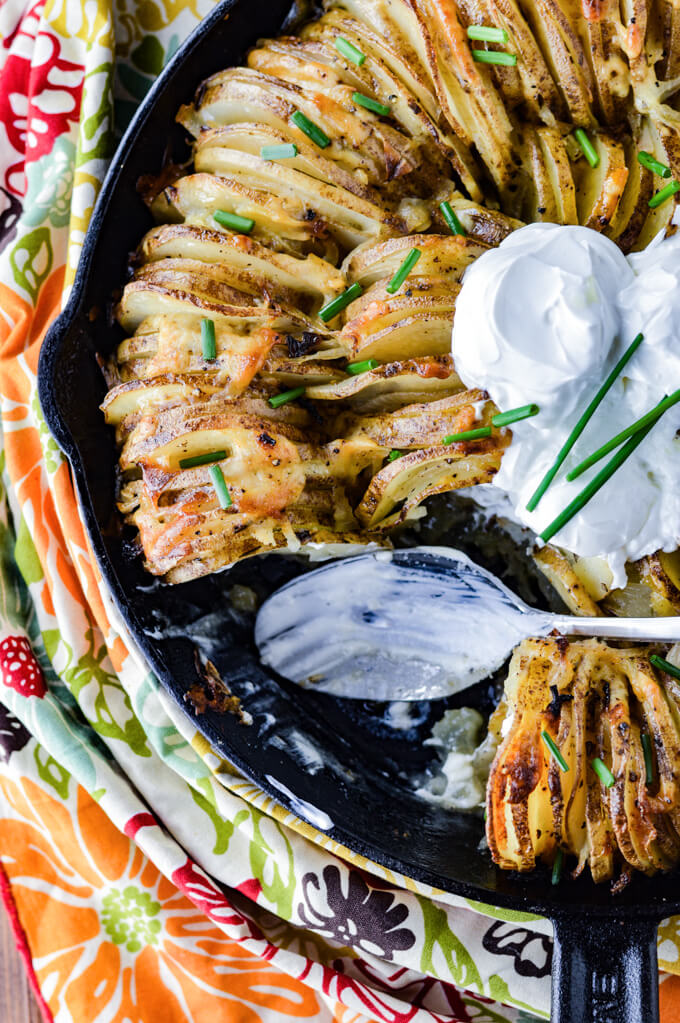 How to Serve these Hasselback Potatoes

Sour Cream is a perfect complement to these crispy, tender potatoes. For this dish, I added three large dollops of sour cream and chives in the center of the finished dish and placed an extra bowl of sour cream to pass around the table.

What to Serve with this Hasselback Potato Recipe.

This is a rustic but elegant dish that can be served as a holiday side dish next to an Herbed Crown Roast of Pork, Herb-Crusted Beef Tenderloin, or this Boneless Leg of Lamb. It also serves wonderfully as a casual side dish alongside a Bison Burger or a simple Turkey Burger.

How to Choose the Right Potato

Russet potatoes are the best for this recipe because the flesh of a Russet is dry which softens to a tender interior when baking. And the skin of a Russet is thick and tough which holds the slices together while in the oven.

When choosing russet potatoes for this recipe, it’s best to go with larger, fatter ones. And it’s helpful to pick those that are about the same size. This ensures consistency when placing the slices side by side in the cast iron skillet. You want a uniform look when it is finished. 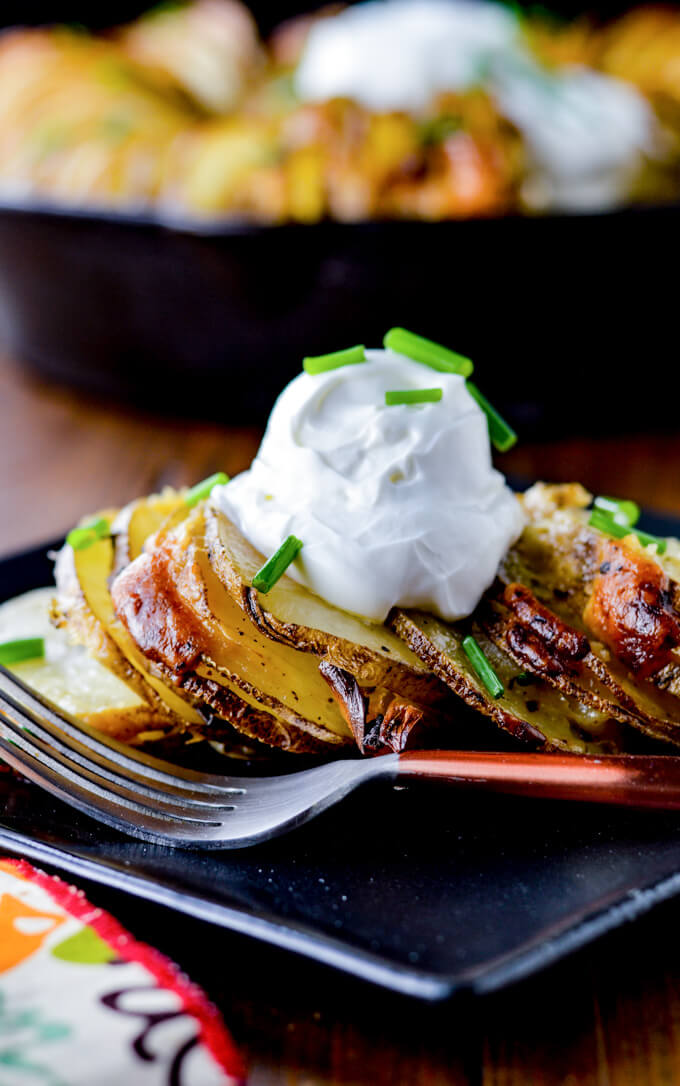 These russet potatoes decided to get dressed up for this recipe as a tempting display of rustic beauty. If there is such a thing as “sexy” comfort food, this is definitely it. It is comforting because the tender roasted potato slices encase a superabundance of flavor, butter, and cheeses. A beautiful presentation that delivers charm and attraction to your table. Time to DIG IN!!

Grilled Potatoes and Onions in Foil 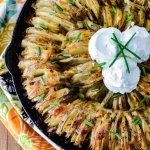 This buttery-cheesy Hasselback potato dish is full of herbs, onions, and garlic and it’s brimming with flavor. An abundance of butter and melting cheese seep down into the grooves for an incredibly delicious side dish to any meal. 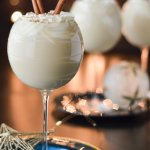 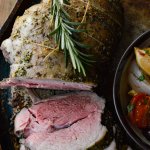 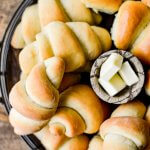 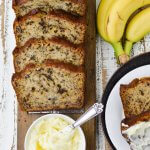