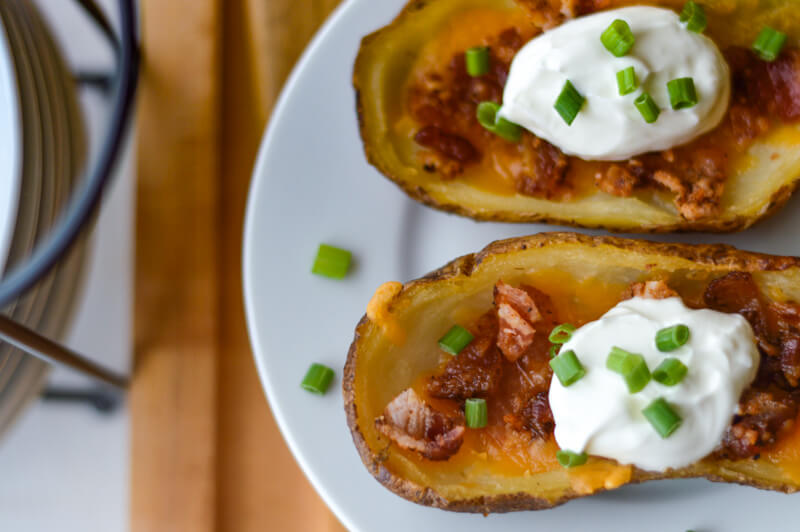 For the love of BACON. Oh, and of course, cheese.

You can add bacon to pretty much anything and boost it to a new level. In my opinion, bacon helps make the world a better place. There is something relaxing and soothing when you hear the sizzle of bacon in the skillet. The aroma throughout the house awakens your senses making you feel all warm and fuzzy on the inside. Then, you’re automatically drawn into a blissful “bacon” state. 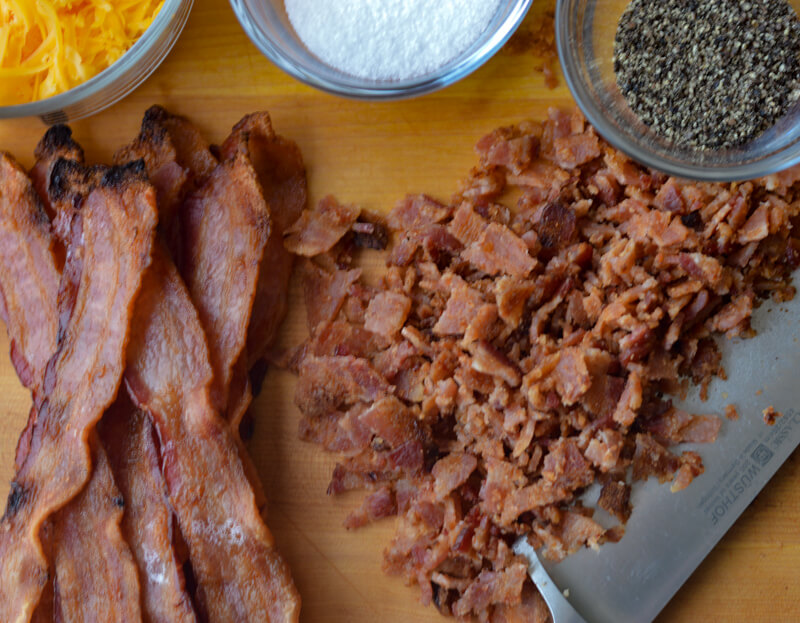 In yesteryears, when my metabolism was running high, I could eat pretty much anything I wanted. Awwww, the good ole days! I would load up a large baked potato with small mounds of butter, cheese, bacon and of course, sour cream. To date, this is one food I still crave, although the consequences are manifested on my waistline and hips. It is quite disappointing that the foods I love and used to eat all the time are really not that good for me. Every now and then I do indulge. What would life be otherwise? Maybe skinnier. But, oh well. 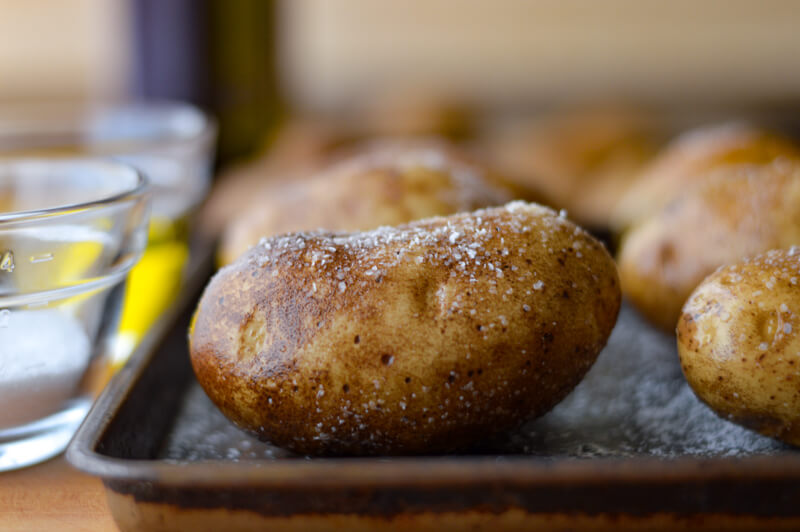 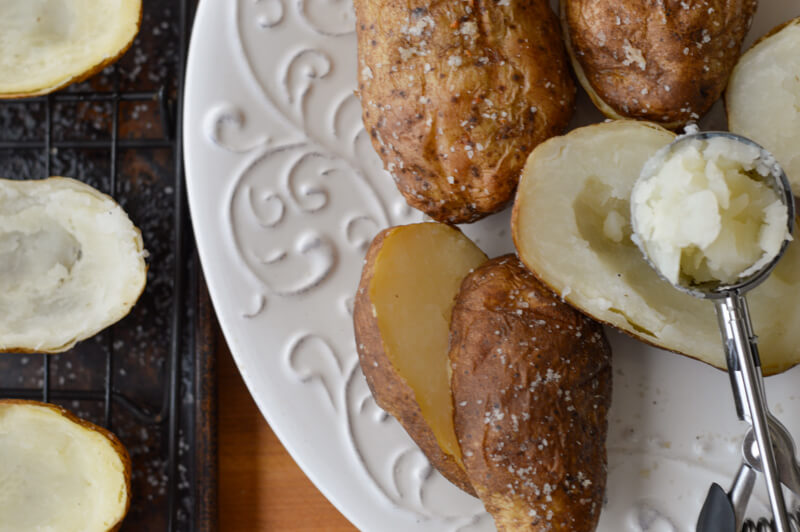 Not Necessarily Light and Healthy – But Scrumptious

Enter … Loaded Potato Skins. I do feel a little bit better about eating these smaller portions. They are just as scrumptious, especially after you crisp up the skins in the oven. There is nothing necessarily light and healthy about these baked morsels of goodness. But I do promise this, once you’ve eaten one, you really won’t care how many calories you just consumed.

“Dish me up another one, please.” 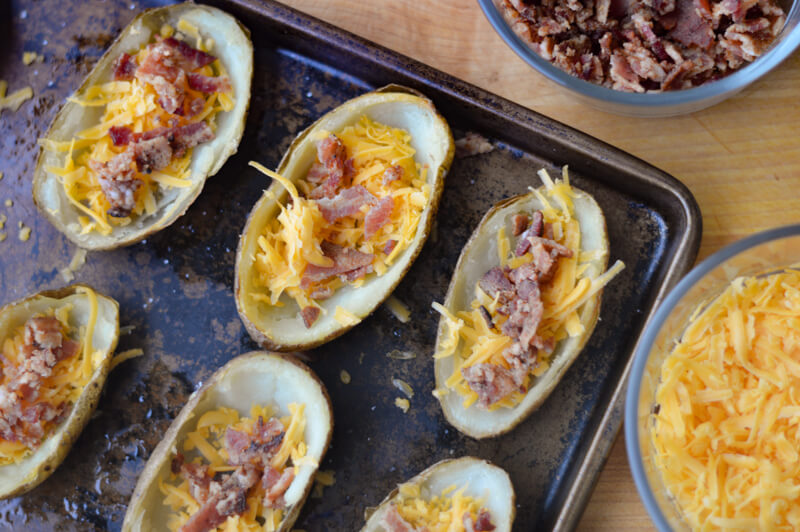 When I’ve made the Loaded Potato Skins for a get-together with friends, a whole platter would easily be devoured in less than five minutes. Note to self, “Next time, double the recipe. There’s never enough to satisfy these ravenous guests.” 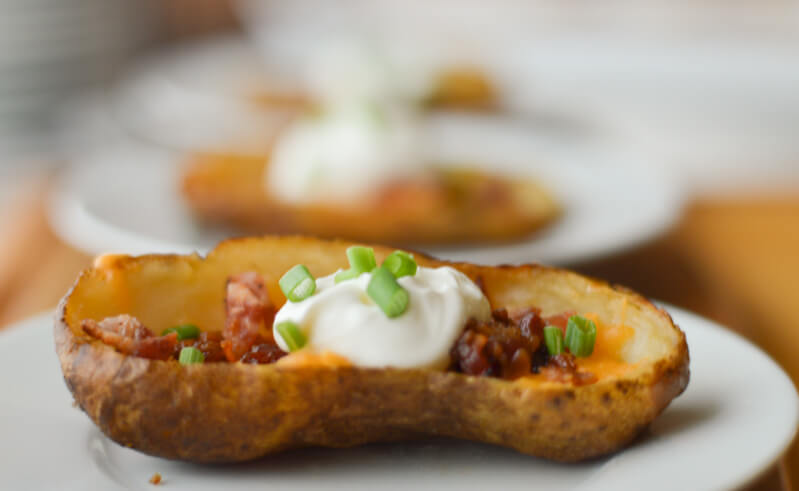 The Loaded Potato Skins are on the “easy” scale of cooking. You do have to plan ahead though with this recipe because there is quite a bit of oven time. But once the baking is done, all that’s left is to sprinkle some shredded cheese, add some crumbled bacon, some more bacon, and dollop it with sour cream. That’s it. Pretty basic and pretty dang simple. BUT, OH SO DELICIOUS!

Who doesn’t love crispy potato skins loaded with shredded cheese and crumbled bacon? When you add dollops of tangy sour cream, you have the makings of a tantalizing dish. 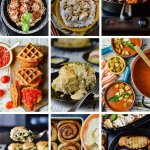 Feeling a little overwhelmed, a little “locked in,” going a little stir-crazy? Yeah, I think all of us are. But nothing like “comfort food” to add a bit of joy to our existence nowadays. So I have pulled together some of my favorite cozy recipes for you. For the most part, I tend to veer…

END_OF_DOCUMENT_TOKEN_TO_BE_REPLACED 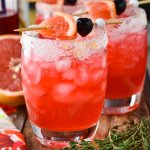 Happy Hour just got “happier” with this Thyme Infused Grapefruit Vodka Cocktail. Splash in some freshly squeezed grapefruit juice, good vodka, Campari and you have the making of a relaxing evening sipping a refreshing libation. The thyme infusion is found in the simple syrup which kisses this drink with a tinge of sweetness. My neighbor…

END_OF_DOCUMENT_TOKEN_TO_BE_REPLACED 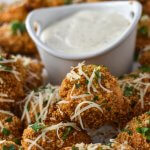 Plump and juicy chicken bites that are coated with crispy panko breadcrumbs. These small nuggets marinate overnight in a seasoned buttermilk brine that enhances the flavors and makes them beyond tender. There’s no way you’ll be able to eat just one of these Crispy Baked Parmesan Chicken Bites. You can’t sink your teeth into these…

END_OF_DOCUMENT_TOKEN_TO_BE_REPLACED 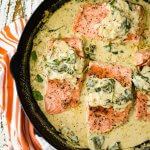 This Pan Seared Salmon recipe introduces perfectly tender and flaky fillets into a creamy mustard sauce laced with fresh spinach. A meal that’s so quick and easy you can serve it to your family any day of the week, yet this restaurant-worthy dish is elegant enough to plate for a fancy dinner party. The combination…

END_OF_DOCUMENT_TOKEN_TO_BE_REPLACED 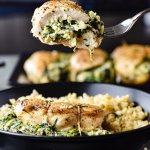 Tender and juicy chicken breasts are stuffed to the brim with everyone’s forever favorite dip: spinach artichoke. Fresh mozzarella, tangy goat cheese, and grated parmesan elevate this dish to cheesy perfection. Pull up a chair, grab a fork and delight yourself in one of the best Spinach Artichoke Stuffed Chicken Breast recipes. The BEST way…